Enter your email address below to get the latest news and analysts' ratings for Southern First Bancshares with our FREE daily email newsletter:

Southern First Bancshares, Inc. (NASDAQ:SFST) Director Leighton M. Cubbage sold 1,075 shares of the stock in a transaction dated Tuesday, February 11th. The stock was sold at an average price of $40.90, for a total transaction of $43,967.50. Following the sale, the director now owns 78,532 shares of the company’s stock, valued at approximately $3,211,958.80. The sale was disclosed in a filing with the Securities & Exchange Commission, which is accessible through the SEC website. 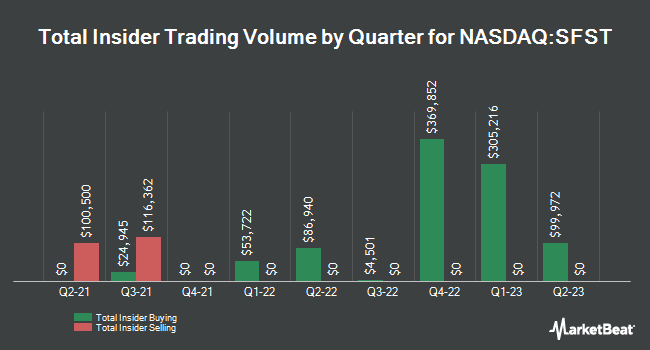