Equities research analysts expect Independent Bank Corp. (NASDAQ:INDB) to report $117.97 million in sales for the current quarter, Zacks reports. Two analysts have provided estimates for Independent Bank’s earnings. The lowest sales estimate is $117.64 million and the highest is $118.30 million. Independent Bank posted sales of $120.23 million during the same quarter last year, which suggests a negative year-over-year growth rate of 1.9%. The business is scheduled to issue its next earnings results after the market closes on Thursday, October 21st.

According to Zacks, analysts expect that Independent Bank will report full-year sales of $507.73 million for the current financial year, with estimates ranging from $493.85 million to $521.60 million. For the next year, analysts expect that the company will report sales of $677.20 million, with estimates ranging from $669.29 million to $685.10 million. Zacks Investment Research’s sales averages are an average based on a survey of sell-side research firms that follow Independent Bank.

Independent Bank (NASDAQ:INDB) last issued its quarterly earnings results on Wednesday, July 21st. The bank reported $1.17 EPS for the quarter, topping the Zacks’ consensus estimate of $1.08 by $0.09. The firm had revenue of $118.32 million for the quarter, compared to analyst estimates of $118.43 million. Independent Bank had a net margin of 29.87% and a return on equity of 8.79%.

Separately, Zacks Investment Research cut shares of Independent Bank from a “hold” rating to a “sell” rating in a research note on Wednesday, July 28th. One analyst has rated the stock with a sell rating and three have assigned a buy rating to the company’s stock. According to MarketBeat.com, the company currently has an average rating of “Buy” and an average target price of $85.75.

In other news, Director Eileen C. Miskell sold 2,645 shares of the company’s stock in a transaction on Friday, August 6th. The shares were sold at an average price of $72.79, for a total value of $192,529.55. The sale was disclosed in a legal filing with the Securities & Exchange Commission, which is accessible through the SEC website. 1.20% of the stock is currently owned by corporate insiders.

The firm also recently disclosed a quarterly dividend, which was paid on Friday, October 8th. Stockholders of record on Monday, September 27th were paid a $0.48 dividend. The ex-dividend date was Friday, September 24th. This represents a $1.92 dividend on an annualized basis and a dividend yield of 2.41%. Independent Bank’s dividend payout ratio (DPR) is 52.46%. 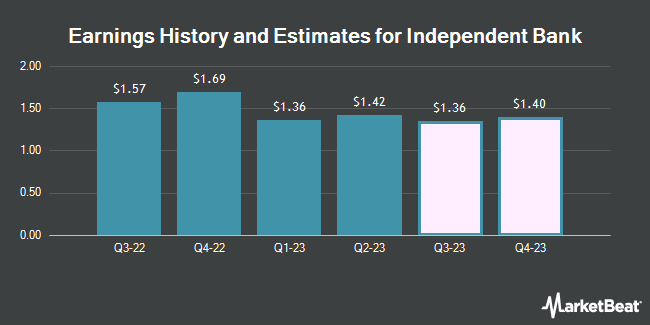 Snap Price Target Cut to $60.00 by Analysts at Susquehanna

Complete the form below to receive the latest headlines and analysts' recommendations for Independent Bank with our free daily email newsletter: