Enter your email address below to get the latest news and analysts' ratings for Gates Industrial with our FREE daily email newsletter:

Gates Industrial Corp PLC (NYSE:GTES) Director Ivo Jurek purchased 5,000 shares of the firm’s stock in a transaction dated Wednesday, February 12th. The stock was acquired at an average price of $13.21 per share, with a total value of $66,050.00. Following the purchase, the director now directly owns 179,118 shares of the company’s stock, valued at $2,366,148.78. The acquisition was disclosed in a document filed with the Securities & Exchange Commission, which is available through this link.

Gates Industrial (NYSE:GTES) last posted its quarterly earnings data on Tuesday, February 4th. The company reported $0.19 EPS for the quarter, beating analysts’ consensus estimates of $0.18 by $0.01. The company had revenue of $725.70 million during the quarter, compared to analysts’ expectations of $720.00 million. Gates Industrial had a return on equity of 9.02% and a net margin of 22.35%. Gates Industrial’s revenue for the quarter was down 8.4% compared to the same quarter last year. During the same quarter in the prior year, the business earned $0.36 earnings per share. As a group, sell-side analysts predict that Gates Industrial Corp PLC will post 0.93 EPS for the current fiscal year. 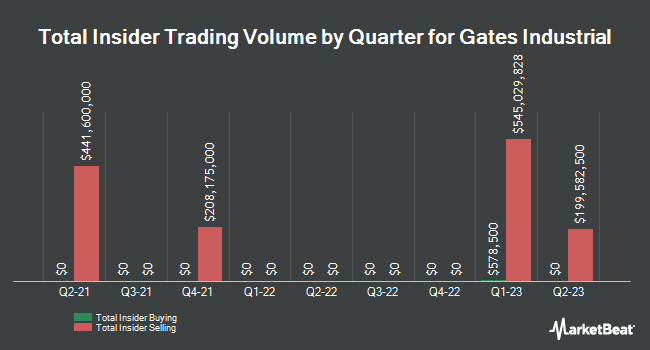