Enter your email address below to get the latest news and analysts' ratings for Regal Beloit with our FREE daily email newsletter:

Dalton Greiner Hartman Maher & Co. lessened its stake in shares of Regal Beloit Corp (NYSE:RBC) by 8.8% during the fourth quarter, according to the company in its most recent disclosure with the SEC. The fund owned 62,348 shares of the industrial products company’s stock after selling 6,007 shares during the quarter. Dalton Greiner Hartman Maher & Co. owned approximately 0.15% of Regal Beloit worth $5,338,000 as of its most recent SEC filing.

Regal Beloit (NYSE:RBC) last issued its quarterly earnings results on Monday, November 4th. The industrial products company reported $1.35 EPS for the quarter, topping analysts’ consensus estimates of $1.33 by $0.02. The company had revenue of $772.30 million for the quarter, compared to analyst estimates of $808.49 million. Regal Beloit had a net margin of 7.62% and a return on equity of 10.14%. Regal Beloit’s revenue was down 16.5% compared to the same quarter last year. During the same quarter in the previous year, the business earned $1.67 earnings per share. Sell-side analysts forecast that Regal Beloit Corp will post 5.53 EPS for the current year.

The firm also recently declared a quarterly dividend, which was paid on Friday, January 10th. Stockholders of record on Friday, December 27th were issued a dividend of $0.30 per share. The ex-dividend date was Thursday, December 26th. This represents a $1.20 dividend on an annualized basis and a dividend yield of 1.39%. Regal Beloit’s dividend payout ratio (DPR) is presently 20.00%.

Read More: What are the benefits of a portfolio tracker? 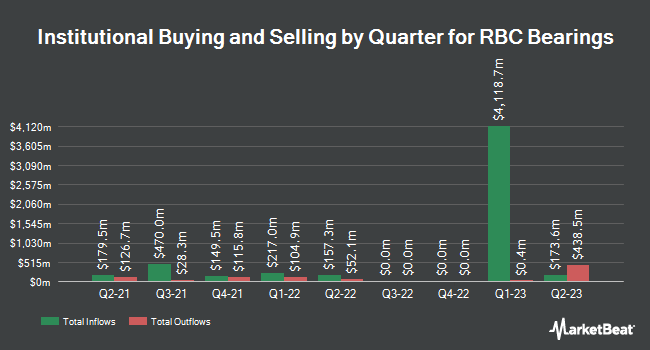