Trevali Mining Co. (OTCMKTS:TREVF) has earned an average rating of “Hold” from the six research firms that are currently covering the firm, Marketbeat Ratings reports. One research analyst has rated the stock with a sell recommendation and five have given a hold recommendation to the company. The average twelve-month price objective among analysts that have issued a report on the stock in the last year is $0.22.

Trevali Mining Corporation, a base-metals mining company, engages in the acquisition, exploration, and development of mineral properties. It primarily explores for zinc, lead, silver, gold, and copper deposits. The company's operational assets include the 90%-owned Perkoa Mine in Burkina Faso; 90%-owned Rosh Pinah Mine in Namibia; Caribou Mine in the Bathurst mining camp, northern New Brunswick, Canada; and Santander Mine in Peru. 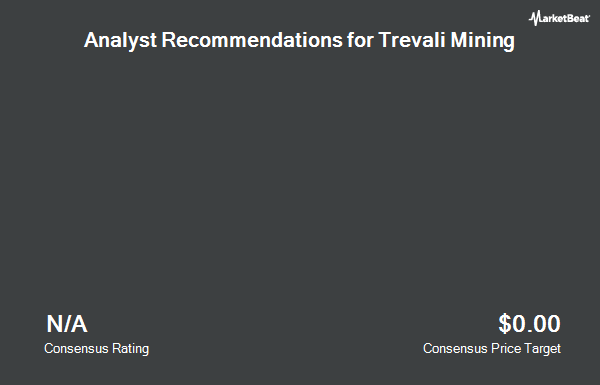 APENFT Trading Down 30.1% This Week

Aleph.im Trading Down 21.4% This Week

Complete the form below to receive the latest headlines and analysts' recommendations for Trevali Mining with our free daily email newsletter: