Enter your email address below to get the latest news and analysts' ratings for Balfour Beatty with our FREE daily email newsletter:

Liberum Capital restated their buy rating on shares of Balfour Beatty (LON:BBY) in a report issued on Monday, ThisIsMoney.Co.Uk reports. 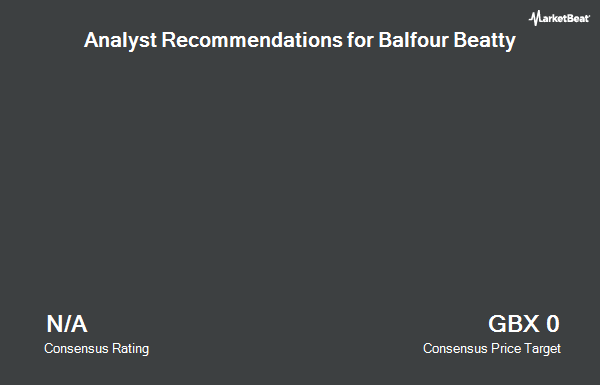