Shares of Avadel Pharmaceuticals plc (NASDAQ:AVDL) have earned an average rating of “Buy” from the twelve ratings firms that are presently covering the company, Marketbeat.com reports. One investment analyst has rated the stock with a sell rating, one has assigned a hold rating and nine have issued a buy rating on the company. The average 1 year price objective among brokers that have issued ratings on the stock in the last year is $16.56.

Avadel Pharmaceuticals plc operates as a specialty pharmaceutical company in the United States, France, and Ireland. The company primarily develops FT218, which is in a Phase 3 clinical trial for the treatment of narcolepsy patients suffering from excessive daytime sleepiness (EDS) and cataplexy. It also markets three sterile injectable drugs used in the hospital setting, including Akovaz that is indicated for the treatment of clinically important hypotension occurring in the setting of anesthesia; Bloxiverz, a cholinesterase inhibitor indicated for the reversal of the effects of non-depolarizing neuromuscular blocking agents after surgery; and Vazculep, a phenylephrine hydrochloride injection indicated for the treatment of clinically important hypotension.

Featured Story: What are the qualifications of a portfolio manager? 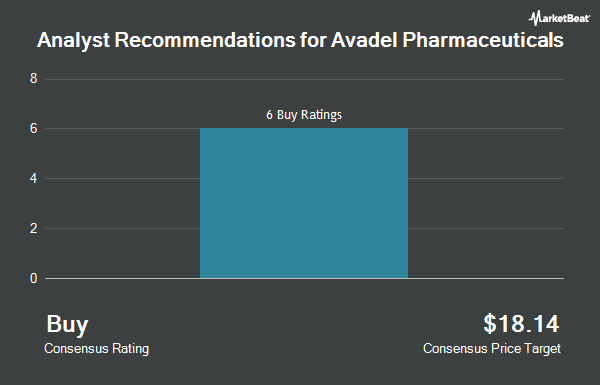 Teleperformance SE Given Consensus Rating of “Buy” by Brokerages

Complete the form below to receive the latest headlines and analysts' recommendations for Avadel Pharmaceuticals with our free daily email newsletter: