In other AnaptysBio news, major shareholder Ecor1 Capital, Llc purchased 29,500 shares of the company’s stock in a transaction on Tuesday, February 23rd. The shares were purchased at an average cost of $25.48 per share, with a total value of $751,660.00. The transaction was disclosed in a legal filing with the Securities & Exchange Commission, which is accessible through the SEC website. Over the last three months, insiders acquired 2,920,800 shares of company stock worth $56,121,930. Insiders own 13.00% of the company’s stock.

AnaptysBio (NASDAQ:ANAB) last released its earnings results on Monday, May 3rd. The biotechnology company reported ($0.66) earnings per share (EPS) for the quarter, beating the Zacks’ consensus estimate of ($0.69) by $0.03. Research analysts anticipate that AnaptysBio will post 0.04 EPS for the current fiscal year. 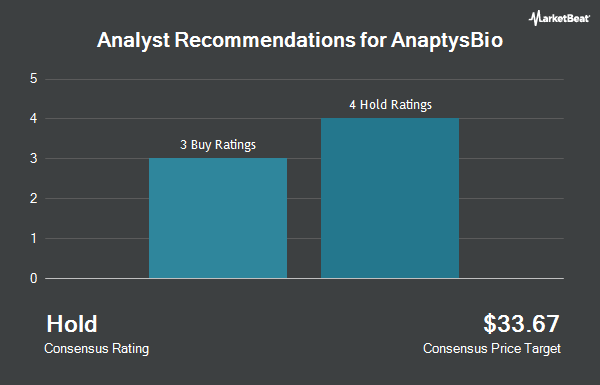 Spectrum Trading Down 19.4% This Week

Complete the form below to receive the latest headlines and analysts' recommendations for AnaptysBio with our free daily email newsletter: