Checchi Capital Advisers LLC boosted its position in American International Group, Inc. (NYSE:AIG – Get Rating) by 24.5% during the second quarter, according to its most recent disclosure with the Securities and Exchange Commission. The fund owned 4,864 shares of the insurance provider’s stock after acquiring an additional 956 shares during the quarter. Checchi Capital Advisers LLC’s holdings in American International Group were worth $252,000 as of its most recent filing with the Securities and Exchange Commission. 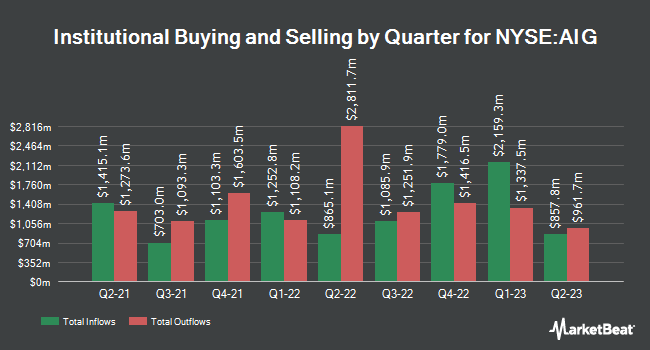 Complete the form below to receive the latest headlines and analysts' recommendations for American International Group with our free daily email newsletter: