Altus Power (NYSE:AMPS – Get Rating) had its target price raised by Morgan Stanley from $12.50 to $14.00 in a report published on Thursday morning, Stock Target Advisor reports. Morgan Stanley currently has an equal weight rating on the stock.

Altus Power (NYSE:AMPS – Get Rating) last announced its quarterly earnings results on Monday, August 15th. The company reported $0.02 EPS for the quarter. The firm had revenue of $24.76 million during the quarter, compared to the consensus estimate of $23.70 million. As a group, equities analysts anticipate that Altus Power will post 0.02 EPS for the current year.

Altus Power, Inc operates as a clean electrification company in the United States. It is involved in the on-site solar generation for commercial, industrial, and public customers; community solar; energy storage; and electric vehicle charging businesses. The company was founded in 2009 and is based in Stamford, Connecticut. 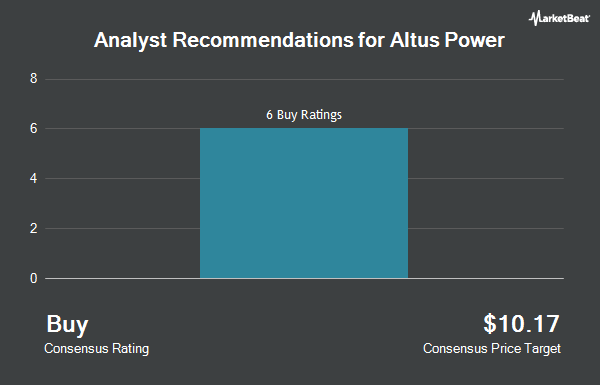 Complete the form below to receive the latest headlines and analysts' recommendations for Altus Power with our free daily email newsletter: