AB SKF (publ) (OTCMKTS:SKFRY) last announced its quarterly earnings results on Tuesday, October 27th. The industrial products company reported $0.43 earnings per share (EPS) for the quarter, beating analysts’ consensus estimates of $0.25 by $0.18. AB SKF (publ) had a return on equity of 13.97% and a net margin of 4.97%. The company had revenue of $2.10 billion for the quarter. Analysts expect that AB SKF will post 0.99 EPS for the current fiscal year. 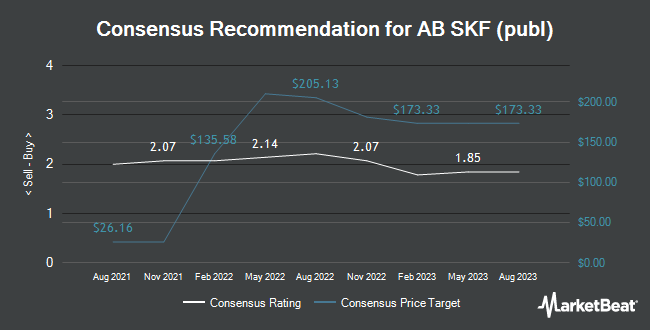 Head-To-Head Review: HEXO versus The Competition

Graybug Vision, Inc. Given Average Recommendation of “Buy” by Analysts

Complete the form below to receive the latest headlines and analysts' recommendations for AB SKF (publ) with our free daily email newsletter: