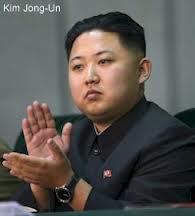 A state-backed newspaper in China has reported that Jang Song Thaek the uncle of Kim Jong-un North Korea’s leader was stripped of his clothes and fed to over 120 hungry dogs as officials looked on.

The report was in the Wen Wei Po in Hong Kong suggesting that Song might have been killed by a pack of dogs.

The report describes how Song and five aides were stripped of their clothes and fed to the dogs that had gone three days without food. The process took an hour said the newspaper report.

The Singaporean Straits Times also claims that the account listed beside many other criticisms in a report indicates how much Beijing is displeased with the new regime in North Korea. The alleged method of using dogs to execute Song has not been confirmed by the government of North Korea.

Previously reports said that Song and his aides had been executed through the use of anti-aircraft guns.

A senior research fellow Aidan Foster-Carter from Leeds University in England said he believes there is no cruelty that the regime in North Korea is beyond using.

Recently the regime had an effigy of the current president of South Korean mauled by a pack of dogs.

Observers point out that the execution of Song was an episode of terrorism for the state and the fact he was purged so quickly and publicly shows that that Kim Jong Un and the military are trying to put out a warning to people that it is not wise to revolt and how savage the punishment would be if they did.

The fellow also said that although China allows its social media and print media to be ruder than previously its does not mean the government will stop its support of North Korea.

Jong described his uncle’s execution as removing filth during his message for the New Year. He added that the purge had left North Korea in a stronger position.

Song had been an important member of the first family of North Korea and widely looked as a regent to the young leader. In all, eight people have been purged from Song’s circle.