BP filed an appeal against the fictitious oil spill compensation claims Friday. The company asked a judge to stop the compensation payouts to those made on the basis of business economic loss. BP gave examples of businesses in industries that were away from the spill and not connected with the coastline that got higher earnings in 2010 and yet received million in spill compensation. 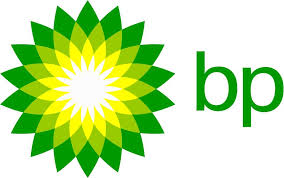 The British oil and gas company said it could be harm the company financially if the payouts continue without relief from the court. The payouts could reach to billions more than the initial calculation made by the company when it agreed to a settlement in April 2012.

BP appealed against the March 5 ruling that upheld the way the compensation was being paid to businesses that filed for compensation. The ruling was made by US District Judge Carl Barbier, who is also presiding over the company’s trial on civil charges.

The ruling reopened a part of the saga that appeared to have been settled when BP agreed on economic, medical and property compensation for more than 100,000 businesses and individuals who were part of a class action suit.

During the time of the settlement, BP estimated the compensation to be around $7.8 billion, which is one of the largest settlements in the history of the United States. But the actual amount is limitless and dependent on calculations made by Patrick Juneau, a lawyer who administers the payments based on rules set by the deal.

As BP started to make the payments, the company realized that the funds it has set aside from the payments would be insufficient. It paid out $8.5 billion by the end of 2012 and said that payments to businesses were too generous and the terms were misinterpreted.

Last March 5, Judge Barbier upheld the methods utilized by Juneau. Two days later, BP announced that it would appeal the decision and decreased the fund earmarked for payments to $7.7 billion.

Next »
US Wants Stricter Supervision of Student Loan Companies

RumbleON and Its Competitors Head-To-Head Survey